As a chef, Debra Ponzek strives to make healthy meals easier for everyone – one meal at a time. Debra is a mother to three beautiful children, and a wife to a loving husband as well as a chef to anyone who is willing to try her creations.  Debra’s passion for food goes far beyond the dishes she creates and extends into the homes of families everywhere.

Debra Ponzek’s Path to The Kitchen

Growing up, Debra loved to cook, even in high school, cooking was a hobby. Still, cooking wasn’t considered a common goal that everyone strived for which might be because celebrity chefs didn’t really exist yet. So, in order to succeed, Debra felt that attending Boston University after high school to become a biomedical engineer was the best path. A love for numbers and science was there, but the passion lied elsewhere. After two years of BU, Debra discovered cooking schools and decided to take a chance and leave the path she was on at the time and pursue her passion-cooking. Debra left BU, turning in her calculator and beakers for a spatula and dinner plate. Debra’s passion for food was the driving force that led her to graduate from CIA and landed her a head chef position at a New York restaurant.

While in The Kitchen

During her time in New York, Debra learned more than she thought she ever would and became a 3-star chef ranked by the New York Times. Though everything was going great, Debra decided once more that it was time for a change of scenery. In 1994, after 7-years of head chef status in New York City, Debra moved to Connecticut and opened the doors to Aux Delices. Aux Delices became a staple to the community and an outlet for Debra to help the everyday person. As a family woman, Debra knew the struggles of running a taxi service for her kids, keeping a clean house, paying the bills and at the end of the day, putting healthy and delicious food on the table. As a head chef, Debra learned the tricks of the trade and knew how to balance everything in a way that worked for her and her growing family.

Bringing Food to Others 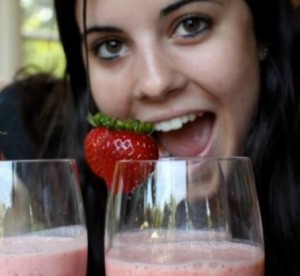 Taking this knowledge, Debra decided Aux Delices was the best way she could help others survive their busy lifestyle and still eat healthy and gourmet foods. Debra and her husband loved “the idea of making people’s lives easier by providing healthy, convenient foods for our customers to take home.” Everyone else seemed to agree because Aux Delices became a big hit. So much so, that Debra and her husband opened up a second location in Greenwich, and a third in Darien in 2004. After years of success and helping communities eat healthily and balance their lifestyles, another store was opened in Westport in 2012.

While the success of the business helped Debra Ponzek to do her part in the community, she wanted more ways to help. The most recent development for Debra has been the opening of her commercial kitchen in Stamford where she teaches both adults and children how to cook like herself.

It’s this kind of drive and determination that has led Debra to become a 3-star chef as well as be named the “Rising Star Chef of The Year” by the James Beard Foundation and named one of the “Ten Best Chefs” by Food & Wine Magazine. It’s obvious that her success has not gone unnoticed by millions of people.

Debra Ponzek has made many media appearances and her natural screen presence allows her to connect with viewers; appearing on Late Night with David Letterman, the CBS Morning Show, NBC’s Today Show, The Food Network’s Sarah’s Secrets and Cooking Live as well as PBS and Lifetime Television. While Debra seems at home in front of cameras, she has never lost that “everyday person” vibe. 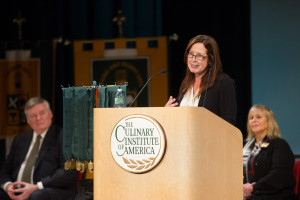 In Greenwich, Debra uses her skills to help out at many community gatherings and loves to help people into the world of gourmet cooking. That’s where the inspiration for her business came from. You can get a taste of her fantastic cooking at any of her store locations. You can also make them yourself at home using one of her many cookbooks including; The Dinnertime Survival, The Family Kitchen, The Summer House Cookbook or French Food, American Accent. No matter how you decide to experience Debra Ponzek’s cooking, you’ll always notice the amount of love and passion she has for the craft.